Jacareacanga municipality, Pará state, Amazon Rainforest region, northern Brasil - August 5 of 2020:
After flying over the Rato River destroyed by illegal gold mining, Brazil's former minister of Environment, Mr. Ricardo Salles, when he still was a Minister, talks to indigenous leadership at Jacareacanga airport. Although he saw the large scale destruction, he did act not stop the criminal operations happening there. On the contrary, he was kind of a supporter for those miners that he used to call 'legalized workers'. Few months later, he was fired from the government, but the illegal mining sites are still destroying Amazon Basin rivers. Photo and text by Caio Guatelli 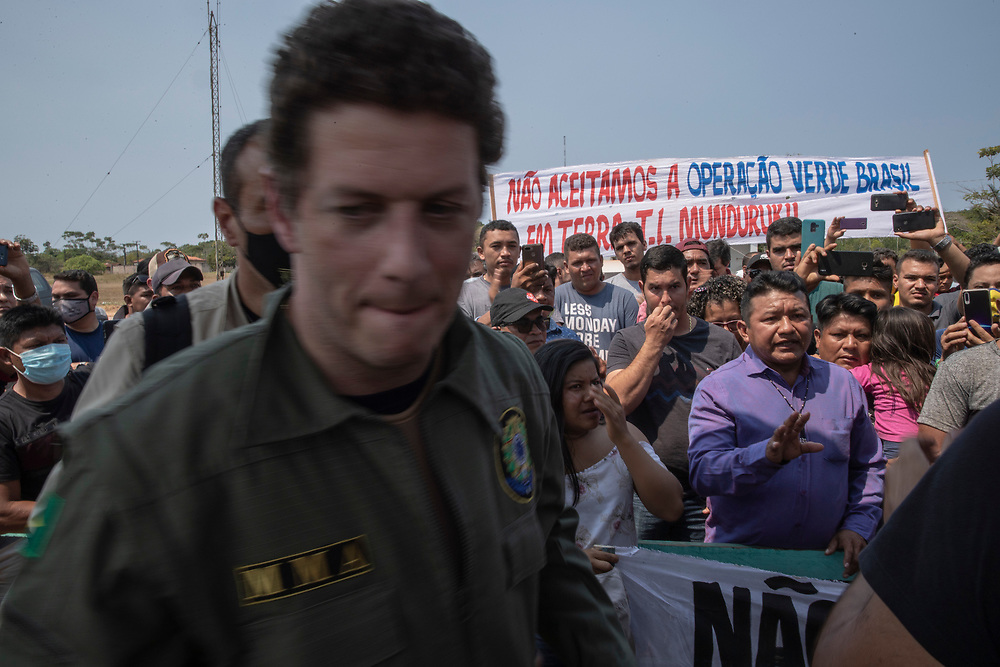